The Cross, the Hat and the Rabbit by Jeff Nickloy 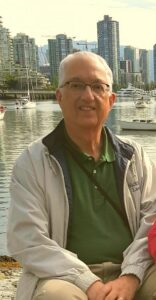 Like other holidays, Easter has its own set of symbols which lend context to Christian perceptions of this holiday.   The cross, the Easter bonnet and the Easter Bunny lead the list for me.  But, I never thought much about them until recently. It turns out that the national sabbatical created by the pandemic provided time to think about such questions as “Why does a rabbit deliver eggs for Easter?”.   Most of us know something about these symbols, but as is often true, “the rest of the story” as the late, great radio personality Paul Harvey used to say, is very interesting.

Symbols have always been powerful.  Crowns and flags project majesty and authority; robes, coats and uniforms imply wisdom and capability; jewelry can suggest wealth.  Perhaps no symbol known to man has had the impact of the Christian cross, in its various forms, signifying the sacrificial death of Jesus and the redemption of human sins.

Christians are particularly aware of the symbol of the cross at Easter.  Preachers will talk about it.  Congregations (in non-pandemic times) will sing about it.  Communal prayers will refer to it. But oddly it seems the cross we commonly think of may bear little resemblance to what the Romans used to crucify Jesus.  Evidently, the Roman authorities used all manner of items from which to hang condemned persons, including simple stakes, poles, “X”-shaped crosses, crosses that resembled a capital “T” or a lower case “t”, as well as actual trees.  In fact, references to Jesus being hung up on a tree appear repeatedly in the New Testament (King James version) at Peter 2:24; Acts 5:30; Acts 13:29-30.  And the Old Testament has its own reference to the use of trees in executions in Deuteronomy 21:22-23, wherein the people were commanded to cut down and bury an executed man after one day.

Linguistics suggests that a pole might also have been used for crucifixion.  The word for crucifixion in Greek (the original language of the Bible) is “stavrosi”.  The meaning of the root word “stauros” is “stake” or “pole”.  Additionally, there is the practical consideration that it would be easier to come up with and install a pole or stake than a cross sturdy enough to suspend a struggling man, particularly if, as the Gospels suggest, Jesus was crucified immediately after his trial before Pilate.

In contrast, the Gospel of Matthew, Mark, Luke and John all refer to a “cross”, the Greek word for which is “cros”  and altogether different from “stauros”.  But, there are no particulars in the Gospels as to the kind of cross upon which Jesus was hung.  Nor is there any explanation in Acts or Peter as to the reason for the discrepancy between “tree” and “cross” in comparison to the Gospels.  Presumably someone was writing allegorically.  We just can’t know who or why.

Of course, from a theological standpoint it makes no difference whether the Romans used a tree, a cross, a pole or something else entirely as none of this alters the central message of Jesus’s death or subsequent resurrection.   We simply need to understand that there are roadblocks to any literal interpretation of Scripture and that this does not really affect the reason Christians observe Easter.

The story of the “Easter Bonnet” is far simpler than the story of the cross as a symbol of Easter, but in its own way, profound.   It begins in 1933 when a local newspaper reported on the many women dressed in their finest outfits and hats pouring out of the churches on Fifth Avenue.  The paper referred to the women in their “Easter bonnets”.  This prompted a song written by Irving Berlin that led to the 1948 movie “Easter Parade” in which Judy Garland appeared with Fred Astair, and a subsequent release of the song “Easter Parade” sung by Bing Crosby, both of which served to popularize the Easter Bonnet.

The Easter Bonnet has been described as “a new or fancy hat worn as a Christian head-covering on Easter”.  It commonly sports bright ribbon, flowers, colored eggs, small impressions of bunnies, or, more recently, “Peeps”.   Pinterest displays some truly wild examples.  The idea seems to be to celebrate Spring, regeneration and rebirth —- not at all out of step with the resurrection message!  If we can soon emerge from the pandemic, these concepts should be especially timely.

And this brings us to the Easter Bunny.  Why a bunny?   A bunny delivering eggs!  What’s that about?  Why not an Easter Chicken?  It turns out that the bunny theme was imported to the United States in the 1700’s from Germany,  where it was known as “Osterhase” or “Oschter Haws” ( meaning Easter Hare).  According to German mythology, the friendly rabbit judged children’s behavior and doled out eggs and other gifts to those who had been good (sound familiar?).  Some children left out carrots for the rabbit, which was doubtless exhausted and hungry from all of his late-night hopping.

At least as far back as the middle ages the rabbit had been associated with the Anglo-Saxon goddess Eoster, who was the goddess of spring and fertility. The rabbit’s connection with spring and regeneration probably doesn’t need any explanation.  Suffice to say that the furry creature was so prolific that Greeks long believed it was capable of asexual procreation.  So, Eoster was often depicted with the rabbit or an egg, which for ages and obvious reasons also symbolized fertility and renewal.  So, it cannot be surprising that both the rabbit and the egg showed up in celebrations of the spring equinox, taking place on March 21st.  Unfortunately, I have been unable to determine which came first, the rabbit or the egg.  In any case it was a short hop from the celebration of Eoster to the Christian celebration of Easter.

But there is one more fact to look at for this story.  In the middle ages, many churches forbade the consumption of eggs during Lent.  What to do with all the uneaten eggs?  Solution: paint them and give them to the children when Lent ended.  Add Peter Cottontail and story is complete.